Introduction: Bone formation marker osteocalcin (OC) and bone resorption marker C-terminal telopeptide of type 1 collagen (CTX) can be used to detect or to monitor the early responses of the skeleton to physical activity. Literature suggests that it is likely that higher body mass index (BMI) has positive effect on bones and can postpone onset of osteoporosis.
Aim of the Study: The aim of this study is to:
1.
Determine the effect of aerobic physical acitivity on OC and CTX in young women
2.
Investigate correlation of OC, CTX and BMI in young women engaged into structured aerobic excercise
Material and methods: Study included 64 healthy young women, aged 19 to 25 years, devided into two groups: intervention group (n=32) and control group (n=32). The study duration was six weeks with follow-up period of four weeks. The intervention group underwent structured aerobic physical activity program for six weeks, but the control group did not receive such program. Level of OC, CTX and BMI were measured at baseline, after 6-week aerobic program, and after 4-week follow up (only intervention group).
Results: There was significant increase of OC level after 6-week aerobic program, while level of CTX did not changed. OC level was at its maximum immediately after finishing the program in the participants with normal BMI (p<0.001). There was no statistically significant interaction of BMI and CTX level.
Conclusion: Aerobic physical activity increases level of osteocalcin, suggesting that it has positive influence on bone formation in young women, primarily in women with normal BMI. 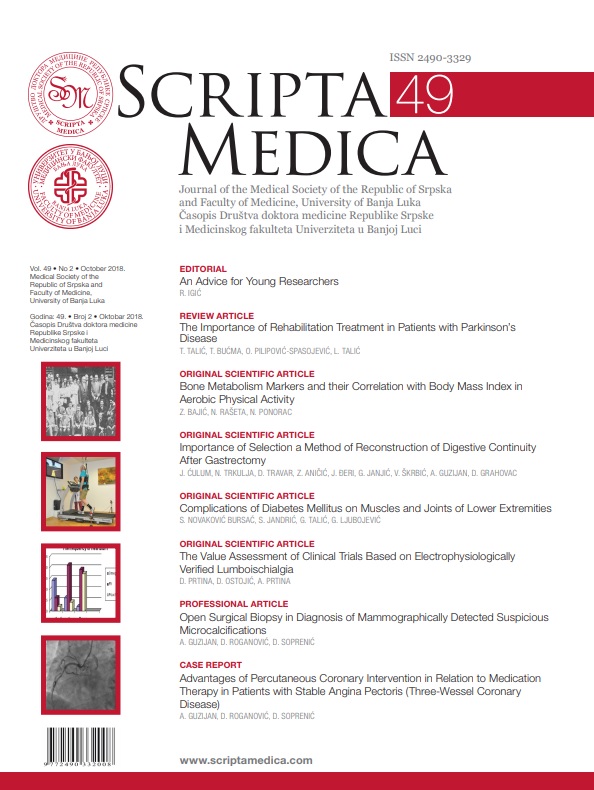