EFFECTS OF BROWSING PRESSURE ON THE TEXTURAL CHARACTERISTICS OF JUNIPERUS COMMUNIS L. BRANCHES

In the Montseny Natural Park junipers scattered in the grasslands can be found. In
some of these areas of the park, the breeding of small ruminants is allowed, while
in others only find wildlife exists. Junipers develop differently if browsed,
adopting spherical or conical morphotypes. This paper studies the mechanical
characteristics of the shoots according to the sex of the bush and the branching
regime to which they are subjected. 729 individual shoots were taken from male
and female junipers exposed to browsing from goats and ewes and those not grazed
and sampled at a different position from each bush. All the leaves were taken off
the non-lignified end of the shot to be studied by a simulated bite. The strength
needed to cut the apical twigs of junipers was measured using a Volodkevich jaw,
which mimics the way incisors act, using a texturometer. The diameter of the
branches differs according to bushes’ sex being larger for females and the
individuals not exposed to predation pressure. Although the differences induced by
sex were significant, differences due to grazing pressure were larger. The annual
branches were thicker and longer in non-grazed junipers. This difference was not
due to the partial consumption of the studied branches, as all the samples were
collected in full. The continued browsing pressure leads to a survival strategy of
growing, with branches tighter packaged as was evident in the analysis of the
branching structure. The longer annual branches in non-grazed bushes allow for a
more open structure. The force necessary to break the branch was significantly
higher on females. This could be related to the fact that the females must bear
the weight of the fruits. The elasticity of the annual shots was significantly
higher on non-grazed junipers, a fact that could be considered as a way to
tolerate herbivory. 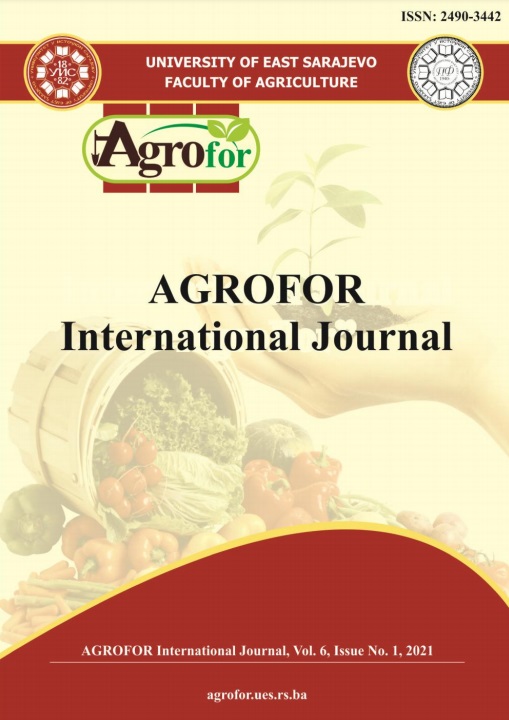