Concerning to their industrial application, testing of the performances of nanomaterials is very important . Research of graphene characteristics is important for the storage of hydrogen. In this paper the interaction of the wave packet was simulated with one graphene sheet and the results were studied. Temperature Tf was calculated, whereby, for T ≤ Tf, the graphene sheet can significantly affect the movement of a wave packet, while the movement of the wave packet is not significantly affected for T> Tf. We analyzed the functional dependence of temperature Tf on the sheet shapes and sizes. The question under which conditions the temperature Tf is suitable for significant hydrogen storage is a very interesting issue. Approximate quantum Newton's equation was used for calculation. Guisbiers and Buchaillot discussed the dependence of the size and shape of nanostructures (graphene sheet) and characteristic temperatures of transition. The results obtained by computer experiments partly agree with the equation proposed by Guisbiers and Buchaillot. The computations were done using Runge-Kutta-Fehlberg method and partly agree with equation. Guisbiers and Buchaillot discussed the dependence of nanostructure size and shape (graphene sheet) and characteristic temperature (phase) transition, suggesting a universal equation, in which case our results can be fitted with a curve of this form for certain temperature intervals. 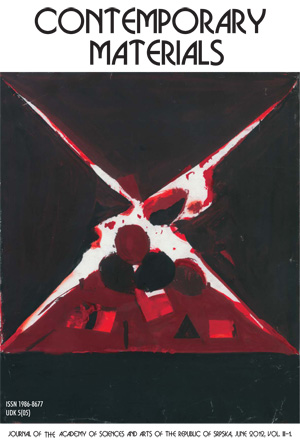