Level of Students ‘Functional Abilities as a Parameter for Determining Differences in Triglyceride, Cholesterol, Blood Sugar and Body Composition in Students

The aim of the study was to determine the differences in the level of fat, sugar and body structure based on the level of functional abilities. The sample of respondents are students of the University of Bihać who also completed the shuttle run test (BEEPT). T-test for independent samples revealed the existence of statistically significant differences between the arithmetic means of the two groups of subjects for (AMAS, p = 0 .011), (BMI p = 0 .000), (FAT%, p = 0.000), (FMKG p) = 0.000). A statistically significant difference was also found in the variable triglycerides (TRIGL p = 0.019), while in the other variables no statistically significant difference was found in the two groups of subjects in favor of subjects who had better results in functional abilities. The coefficient of discriminant canonical correlation is (0.512), as is Wilks lambda, (0.738), which indicates very high discrimination between groups (sig. 000). The greatest contribution to the formation of the discriminatory function was given by the variables FMKG - .801, FATPR -.760, BMI - .707, AMAS - .390, TRIGL - .358, HOLE - .235. The centroids of the groups show a large distance between the results of the groups because they are located at both ends of the coordinate system. The first group consists of positive results of a total of 7 variables, which means that the respondents of the first group had significantly better results in these variables.
Based on the results, it can be concluded that the increase in cholesterol triglycerides and some parameters of body structure affected the level of health status as well as body composition in students. 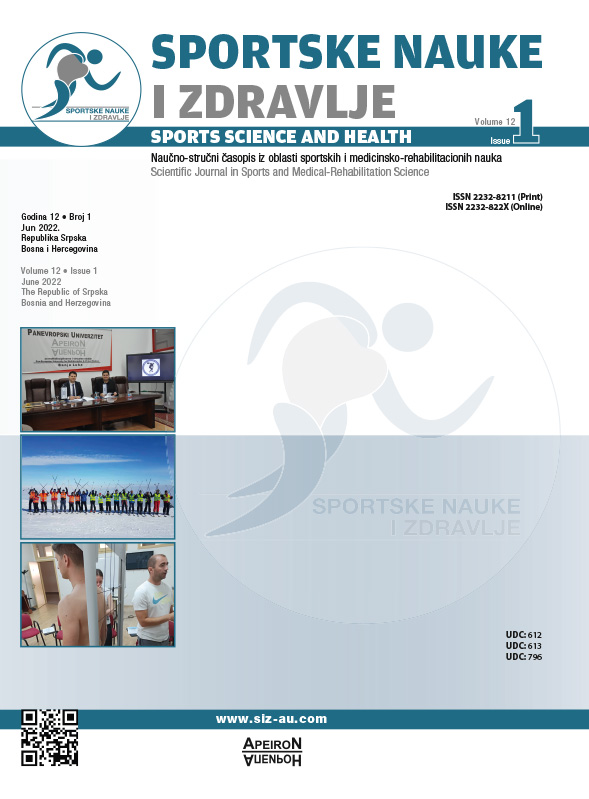