In agriculture and the production of grain feeds, in spite of all the measures of protection and control, the presence of molds in grains is almost unavoidable. Molds contaminate the animal feed and/or nutrients during the growth of plants, as well as in all the handling operations - during harvest, mowing, picking, transport and storage. The comparative research on presence and identification of molds, shown in this paper, was carried out in two phases, in 2011 and 2014, on the samples of grains, stored and intended for animal nutrition. In total, 72 samples of different grains were examined, most of them related to maize (56) from a domestic production in the Banja Luka region. Mycological analysis i.e. quantification and determination of fungi in all samples revealed dominant presence of Fusarium species in both phases. The occurrence of Fusarium species in 2011 and 2014, expressed as relative values, were 61.11% and 80.55%, respectively. 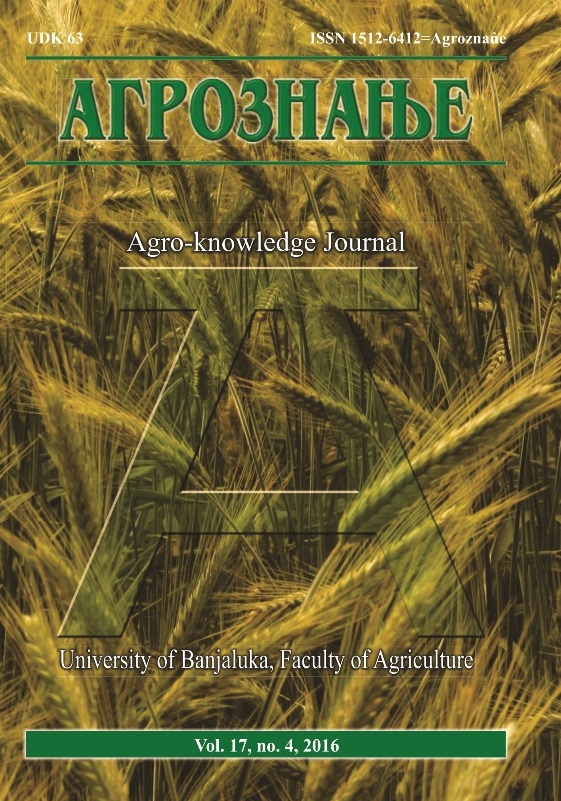