Wild pear (Pyrus communis var. piraster (L.) Ehrh.) is widely used as a generative rootstock for pear grafting. Seeds for the production of this rootstock should be taken from the registered mother plants. The aim of this research was to select mother plants in wild pear population from three localities (Banja Luka, Manjača, and Potkozarje). Fruit bearing regularity of selected trees was observed from 2012-2016, and the number of seeds per fruit was analysed in 2013, 2015 and 2016. Seed germinability and vitality analysis was carried out on 14 selected tress (genotypes). Seed germinability was tested according to the ISTA guideline. Seed vitality was determined by the tetrazolium test (TT). Accessions from Banja Luka locality expressed the highest fruit production. The highest number of seeds was determined in the genotypes marked as No. 6 and No. 21, amounting to 7.53 and 7.21 seeds, respectively. Seeds of the tested wild pears have shown good vitality. The highest seed vitality and germination of 92% was obtained from the accession No. 20. On the basis of the results, accessions marked with numbers: '6', '8', '20', '25', '31' and '32' can be used as mother plants for pear rootstock production. 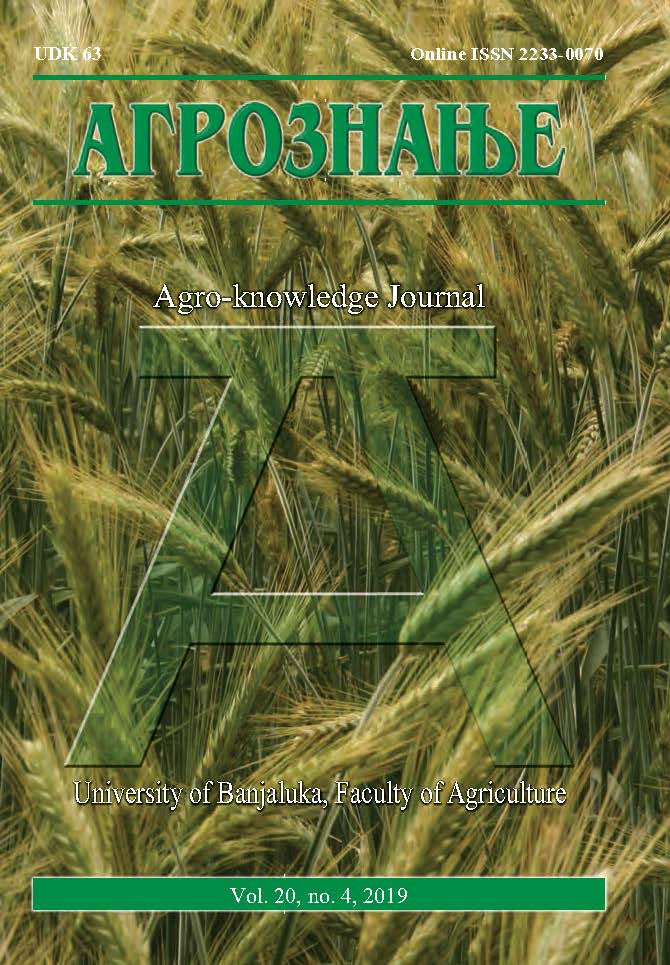