In early 2020, the World Health Organization declared the COVID-19 epidemic a public health threat at the international level. In addition to the public health problem, the corona crisis with prevention and treatment measures, which required physical distance, isolation, travel bans, visits and gatherings, led to a significant blow to the economies of all countries, even the most developed ones. A large number of sectors and citizens have been affected, supply chains have been disrupted, and the European Union and governments have tried or are still helping with subsidies or other measures to maintain employment and protect technology, workers and jobs. Some sectors such as transport or tourism have recorded huge losses and are facing a breakdown that is not remembered. The Republic of Croatia (and with it the subject of this research the area of Požega-Slavonia County) encountered this vicious disease and its impact on the economy. which is Požega-Slavonia County. The subject of this paper was to investigate certain indicators on the basis of which a conclusion can be drawn about the state of the economy and its impact on other areas of society (especially demographic indicators) which, if favorable, are a prerequisite for citizens to stay in an area. clearly indicate that the economy does not provide quality conditions for citizens to stay in an area, especially during the epidemic COVID-19. The result of the research as an achieved goal would ultimately lead to a better understanding of the state of the economy, security and demographic indicators, and could be used as a basis for the development of future plans and guidelines. To obtain the results, the method of content analysis was used and the related statistical method, which analyzed several groups of indicators, then the method of compilation and classification by which the analyzed content is classified into sets. 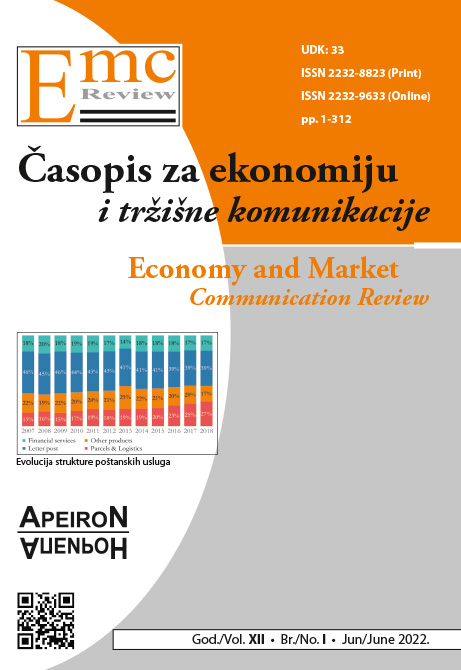