This paper presents the results of survival in progeny tests in the Republic of Srpska (Bosnia and Herzegovina).
Four progeny tests of Norway spruce on sites: Drinić, Derventa, Nevesine and Srebrenica were
established on the territory of the Republic of Srpska in 2009. These progeny tests consist of six populations:
Han Pijesak 1 and 2, Foča, Potoci, Olovo and Kneževo. The total number of half-sib lines was 36.
In this paper, the data collected during 2014 were analyzed and they refer to the survival of Norway
spruce seedlings in the progeny test in Drinić. The data were processed in order to determine which
populations and half-sib lines are best adapted to ecological conditions of Drinić area.
The results indicate a significant variability of survival among the tested populations and half-sib lines.
They also indicate a higher adaptability of population originating from geographically more distant
provenances from progeny test, in comparison with closer populations. The results can be used for the
purpose of transferring the spruce reproductive material from Bosnia and Herzegovina to Drinić area,
as well as the sites which are characterized by similar ecological conditions. 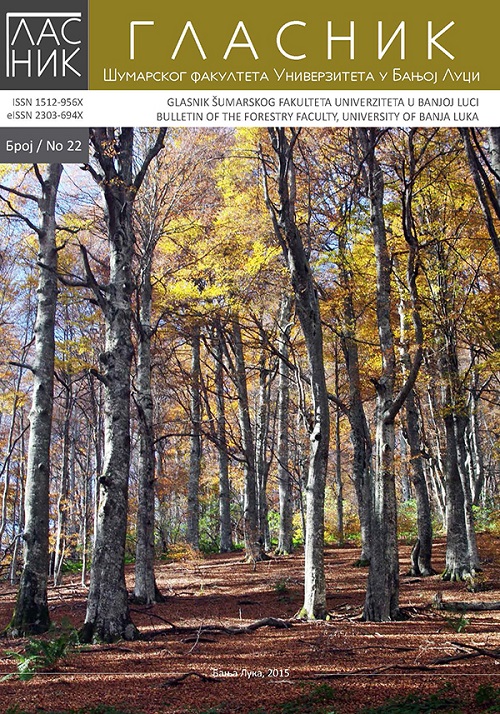